In this small guide I am going to teach you how to play the epic Lords Mobile on PC so that you can conquer new domains from your computer, with a few simple instructions.

Join an epic world of battle

Your time to create an army of legend in your charge has come with Lords Mobile for PC or Mac. Lords Mobile is a real-time MMO strategy game, where you can build an empire from the ground up.

Train your troops to become better in battle and travel the world in search of heroes to fight for your cause.

Play online with like-minded people in a guild or create your own. It adapts your style of combat to free your heroes and to continue your search of the world-wide dominion.

Lords mobile combines role-playing and real-time strategy, and has various game modes where PVP is the most demanded. In this you must develop your own base and army to attack or defend enemies because the objectives are the same for everyone (seek resources and capture enemy leaders). The game modes are more specifically Coliseum (PVP), Hero Stage (PVE), Labyrinth (PVE), Kingdom Tycoon (PVE)

There are more than 50 characters known as heroes within Lords Mobile that are made up of 3 characteristics: strength, agility and intelligence. Although each one also has its specific attributes and abilities, and they have a unique design. Once you complete Hero Stages, you will have the launch heroes available, although you can also purchase additional heroes in the game store.

The strategy is based on improving your character during the games to increase your parameters and improve your level in the game. For this you will be able to lead infantry and cavalry troops, ranged troops and a siege engine to fight against the enemy.

Players can create groups or guilds to connect with other internet players. They work together both in construction and research. Each guild has a leader and a series of specific functions of that guild, although normally they will be of a general nature.

The game has recurring events like Guild Fest or Kingdom vs Kingdom where players receive prizes if they complete them. Depending on the event, they will have to complete missions for training, collecting or obtaining essences. 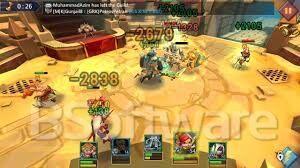 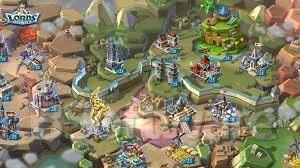 Is there a version of Lords Mobile for PC?

Unfortunately, as its name suggests, Lords Mobile is a game developed only for mobile platforms such as IOS or Android. So there is no desktop version of the game. If you want to be able to install Lords Mobile on PC, you must install an Android emulator on your computer. We recommend that you use Bluestacks for this purpose. Below you have instructions on how to install and run it without problems.

Steps to download and play Lords Mobile on PC